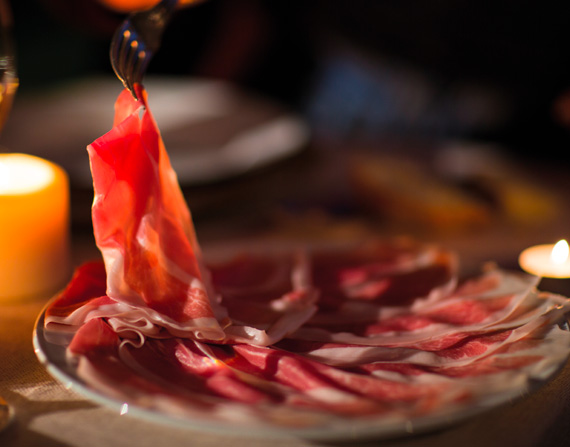 From January to June 2019 an increase of 2% compared with the previous period. Non-European exports increased by 10%, thanks to Canada and Japan.

A positive first half of 2019 for Prosciutto di San Daniele which, with regard to exports to EU and non-EU countries, registered an overall +2% of exported product, compared to the same period of the previous year. An interesting growth trend, which increasingly confirms appreciation of the excellence of the Made in Italy agrofood industry such as PDO Prosciutto di San Daniele in international markets, with particularly significant increases.

Exports to EU and non-EU countries

With regard to exports to European Union countries, there was a slight decrease of 3%, compared to the period January-June 2018. In the first half decidedly positive results were recorded for certain markets such as Greece (+192%), Belgium (+39%) and Luxembourg (+3%), which offset some slowdowns in the main countries: France -8%, Germany -8%, United Kingdom -10%.

In the first half of 2019, exports to the non-EU market grew by 10% compared to the same period of 2018, driven by excellent performances by Canada (+ 239%), Japan (+ 29%), Australia (+ 28%) , China (+ 14%) and the United States (+ 4%) This trend is certainly due to the entry into force of important bilateral free trade agreements, such as JEFTA and CETA, between the European Union and some third countries, with the aim of strengthening commercial and economic partnerships, by facilitating exchanges through the elimination and reduction of duties, and guaranteeing rules that protect and provide advantages and opportunities to all the parties involved. Thanks to the ratification of these agreements, Prosciutto di San Daniele has achieved significant growth in both Canada and Japan.

Consequently, out of total exports, the non-EU markets share recorded positive and promising results of 46% of total exports (compared to 43% in the same half of 2018), against a slight drop in exports to the European Union countries which fell to 54% compared to 57% in the previous year, confirming the trend of a reduction in margin between the two geographical areas.

Export by type of product

Among the product categories, whole prosciutto on the bone registered an increase of 7%, while pre-sliced prosciutto in packs suffered a loss of 14%, compared to the first half of 2018. The type most in demand, accounting for 82%, was represented by the product, both boned and whole, with its trotter, one of the hallmarks of PDO Prosciutto di San Daniele.